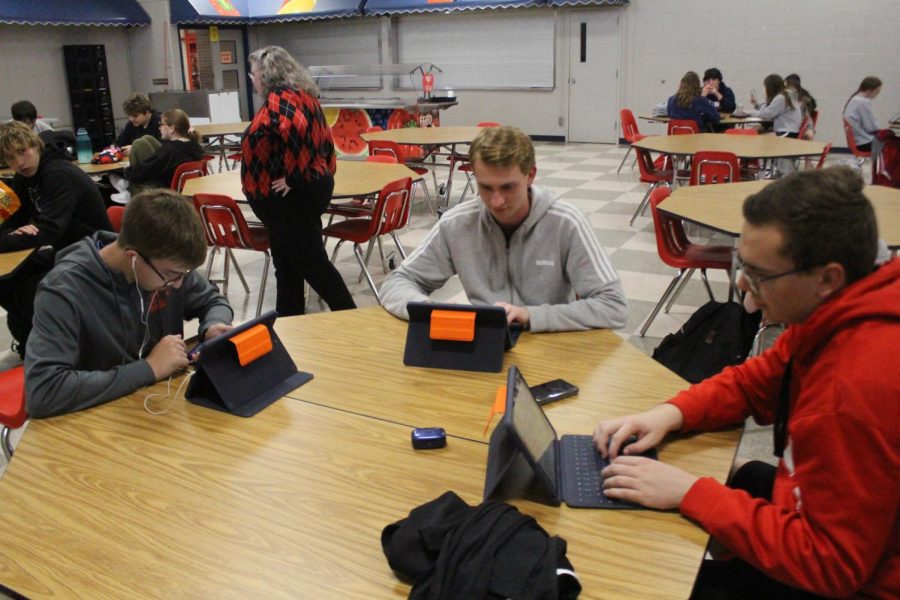 Students in study hall prepare for the day, working on assignments.

The value of a high ACT score can’t be understated. According to the ACT website, it is the nation’s most common entrance exam for college and post-secondary education.  So a good score is very important to many students wanting to continue their education after high school.

However, due to this importance, many students feel anxiety, stress, and even chaos when thinking of the test.

Ms. Christiansen, PHS school Counselor, said, “The best way to study for the ACT is just to work hard on your coursework. Your teachers are preparing you for this exam throughout your high school career. They are there to help you.  It is also helpful to take some practice tests located in your ‘preparing to test book’ with a timer. One of the most difficult parts of the exam is finishing it in the allotted time as well as pacing yourself.  Doing practice problems while using a timer can be beneficial.”

Christiansen continued, saying that she wished more students would study and prepare more for the ACT before the test. “I wish that students would not get so stressed about the ACT.  It is important but is a snapshot in time in regards to your academic performance.  I recommend students take it more than once, giving colleges different looks at their academic abilities.  While it is an important part of your academic career your GPA and Class Rank play an important role as well.”

Most schools help the students with the ACT by preparing the students for the test, such as Kaitlin Musch, a junior at PHS. Musch described her study processes and preparation: “In English, we spent a week going over different aspects of the reading, English, and  writing portions of the ACT. We spent a day going over aspects of the math portion of the ACT in my math class as well.”

Most students feel some apprehension about the ACT, saying that they’re anxious and sometimes even overwhelmed. Kawinthida Haase, junior at PHS, said “To reduce my anxiety I got a good night’s sleep (slept more than 5 hours), and I eat a good breakfast. I know that I’ve done all the studying I could have done.”

Some extra advice for those planning to take the ACT:

Don’t take the test on an empty stomach.
Be awake as possible for the test, waking up 4-5 hours before the test happens.
There is no extra penalty against guessing on the ACT, so if test-takers don’t know an answer, they can guess. The act includes an educational and career planning component that helps test-takers make a plan after high school.
Familiarize yourself with your calculator before entering the testing sight.
The test is multiple choice, so instead of finding the right answers, find the wrong answers.
If taking the test on paper, practice bubbling in circles.